An Agro-Forestry Support Programme for Luxembourg

Commissioned by the national administration for nature conservation of Luxembourg, Landespflege Freiburg is developing a national programme to support the implementation of agroforestry systems in agricultural landscapes of Luxembourg

The project aims on facilitating low-threshold entry for land users to the implementation of agroforestry systems. At the same time, the concept to be developed should provide the basis for a efficiently controllable support system.

The project is being carried out in cooperation with the Albert-Ludwigs-University of Freiburg, Chair of Forest Growth and Dendroecology.

Biodiversity loss is one of the central challenges of the 21st century. The decline in species, natural habitats and genetic resources is progressing at an ever-increasing rate, especially in the industrialised countries of Western Europe.

European cultural landscapes are largely shaped by agriculture. In Luxembourg, for example, around 51% of the land area is used for agriculture. In other Western European (neighbouring) countries, the proportion of land is similar (e.g. Germany 51%, France 54%). The practices of agriculture and the associated impacts are crucial for the state of ecosystems.

Agriculture to secure food for humans follows the basic principle of providing suitable farm animal and plant species with optimal growth conditions (competitive advantages over other species). This inevitably results in interventions that lead to restrictions of natural structural and species diversity over a correspondingly large area.

Expectations formulated on various occasions that efficiency increases in agriculture would relieve the burden on the environment and ecosystems have not yet been confirmed. Neither has it been possible to take land out of intensive use to any appreciable extent, nor has the environmental pollution caused by the use of fertilisers and pesticides been significantly reduced. On the contrary, the extent and speed of current biodiversity losses in agricultural landscapes are constantly increasing.

The problem is of utmost urgency: Biodiversity loss is not to be understood merely as a (negative) condition that can be remedied by certain countermeasures and as a result intact habitats will be available again. Rather, biodiversity loss should be seen as a process whose negative impacts intensify over time and may become irreversible after a certain tipping point. Thus, biodiversity and the future of agriculture are equally at serious risk.

As early as 2016 / 2017, the nature conservation administration of the Grand Duchy commissioned the consultancy firm Landespflege Freiburg to analyse the potential of agroforestry systems (AFS) to improve the ecological situation in the agricultural landscape. The study shows that AFS are fundamentally suitable for improving the ecological situation of agriculturally used habitats. In addition, requirements for the framework conditions that are necessary to enable the implementation of AFS on a scale that brings about noticeably positive effects on the ecology of agricultural habitats in Luxembourg were elaborated (KAPHEGYI et al. 2017).

The current project builds on the above-mentioned preliminary study. The aim is to develop a national support programme for AFS in order to significantly increase the share of AFS in Luxembourg. Currently, there is a lack of funding programmes that can comprehensively use the diverse potentials of AFS and at the same time offer an operational and low-threshold system for the applicants. We are striving for a categorical system that is oriented towards the forestry component of OFSPs and does not require the agricultural component to be defined. This enables the allocation of all known OFSPs and a smooth inclusion of future further developments of OFSPs. In this way, the system offers maximum flexibility for land users with a greatly reduced effort for administration and controlling. 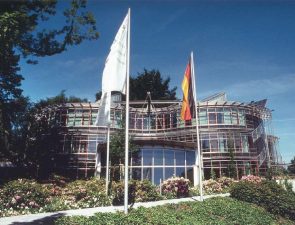 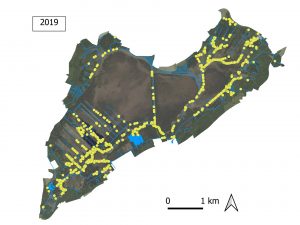 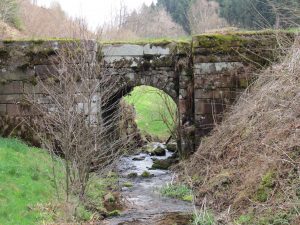 Conference: Water History(s) from the Black Forest and the Upper Rhine 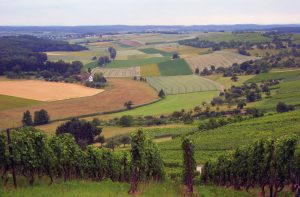